IMO 2020 Impacts to The Shipping Industry – An Expert’s Perspective 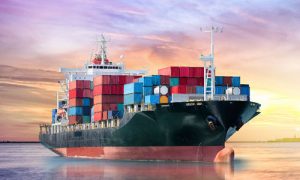 On 1 January 2020 the final piece of the jigsaw that is the amended International Maritime Organization’s (IMO) MARPOL Annex VI will fall into place. Ships will be required to consume fuel with a sulfur content of 0.5% m/m or less globally. This event has been widely referred to as IMO 2020. What impact is this going to have?

When the debate was being conducted at IMO in 2007 and 2008 the fuels being discussed were High Sulfur Fuel Oil (HSFO), Marine Diesel Oil (MDO) and Marine Gas Oil (MGO). MGO has the lowest specified level of sulfur and since 1 January 2015 when the sulfur limit in Emissions Control Areas (ECA’s) was reduced to 0.1% m/m (from 1%) MGO has been almost exclusively used to comply.

IMO 2020 appears to be changing the way we are all thinking. Refiners have been working hard to find what they can do to produce compliant fuels. The fuels which they are producing are very different from the fuels which we have become used to over the last 50 years or so. Historically fuels have been produced to the ISO 8217 specification with viscosity and density being the main parameters. The new fuels are being produced with sulfur as the primary concern.

There have been various announcements about these new fuels. The most notable from Exxon Mobil who claimed that their fuels will be compatible wherever they were sourced around the world. The announcement went on to say that vessels should still try and ensure that the fuels were mixed in the ratio of 9:1 or less. This would suggest that these fuels are likely to behave almost the same as the fuels of today. Best practice has always been to try and minimise the remainder of the old fuel in the storage tanks when taking delivery of new fuel. Failure to do so has resulted in compatibility issues leading to excessive sludging causing problems for the fuel treatment plant.

However, ship owners can avoid the uncertainty of these new fuels by consuming distillates like MDO and MGO, which was the intention of the regulators in the first place. This could prove to be prohibitively expensive as they are produced from the same pool as automotive and domestic oils. 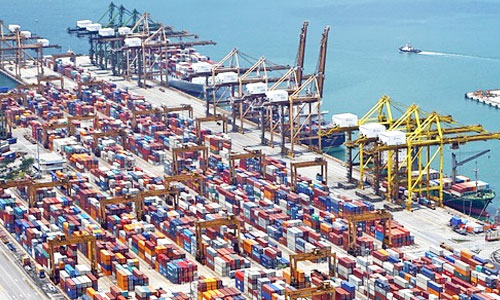 One of the challenges arising for many shipowners and ship managers is the “overnight” switch to 1st January 2020 (or March 2020, as so-called tacit acceptance), as well as the considerations necessary for charter party agreements. BIMCO has now released clauses covering the general compliance obligations; as well as the removal of noncompliant fuels during the transitional period intended to increase owners-charterers cooperation, thereby minimising quantities of noncompliant fuel on vessels. However, it’d be prudent to expect fuel quality disputes to continue to exist and hence vessels operators should establish a process to allow themselves prepared against any undesirable outcomes.

Another alternative to LSFO is to install an exhaust gas cleaning system (EGCS) commonly referred to as a “scrubber” system. These are not cheap with prices being quoted of US$2-5 million but they allow the ship to continue to consume HSFO. With some analysts predicting a $400 per tonne premium for compliant fuels the payback time for some ships is less than 12 months. Current projections indicate that there will be approximately 2500 scrubber enabled vessel by the time IMO 2020 enters into force. The industry has already observed a steady rise in scrubber orders; including those from major shipowners that made “U-turn” on their original statement against considering this alternative. Questions have been raised, not just about the technical feasibility of installing, retrofitting scrubbers aboard, but also the complex nature of designing, planning and managing a conversion project, which involves financial, legal and commercial considerations. Furthermore, a poorly designed and operated marine scrubber system, if for any reason such as weather or erosion, broke down at sea, compliance issues and disputes would probably arise to charterers, shipowners and ship managers. Buyers of scrubbers should also be aware of the reality that certain types of system are not approved in certain ports.

Shipping continues to evolve and generally comply with the regulations. It is likely that we will experience a few teething problems when IMO 2020 finally arrives. Every significant change to MARPOL Annex VI has produced challenges so why would this be any different? 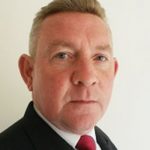