On 26 September 2012, after 12 years from the date of the first Decree on foreign investment in education (Decree No. 06), the Government of Vietnam reviewed and issued Decree No.73 to replace Decree No. 06 which was no longer suitable to the new economic and investment conditions of Vietnam.

This limit has, again, raised a big concern to foreign investors and created a lot of challenges in terms of promoting and attracting foreign capital in education in Vietnam. Therefore, the Government of Vietnam decided to replace Decree No. 73 by Decree 86. This Decree has increased the percentage of Vietnamese students in a foreign teaching program of a foreign-owned school up to 50%. Vietnamese student under 5 years old are also now able to participate in a foreign-owned kindergarten. This is a significant relaxation of the former limitations. There will be a notable increase in enrolment for those schools with the capacity to now accept.

Curriculum offering by a foreign-owned school

This change helps Vietnamese parents to have more smart choices now in terms of selecting a school for their child. This is also positive news for investors when Vietnam is predicted to see significant growth of bilingual medium international schools in the mid-market outside Hanoi and Ho Chi Minh City in the next few years. This rising competition between international schools and between the private schools and the state-owned schools are unavoidable. 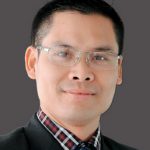