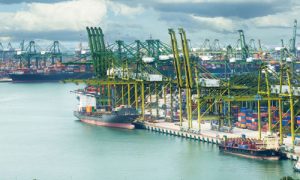 The scrubber business is getting increased momentum due to the upcoming enforcement of the global sulphur cap. DNV-GL has recently estimated that there are 1850 ships with scrubbers already installed or on order.  However, as the market is developing so rapidly, no one really know how many scrubbers are actually up and running on a daily basis without any major issues, such as false alarms, sensor problems, unintended switching of operations between open/closed loop, back-pressure alarms when turning on/off engines and boilers going into the same scrubber – just to mention a few of the issues that operators typically are dealing with. Though some say that the scrubber is “just a big shower”, there is certainly a lot that users must learn.

A lot of new scrubber suppliers are entering the business as the biggest suppliers have increased their prices or simply cannot deliver prior to 2020 anymore. Many of these new suppliers have no or in many cases only very limited experience with marine scrubbers. Some have land-based installations as their references, but the chemistry, complexity and space restrictions are completely different onboard a ship, so this knowledge is only of limited use. Further to this, the number of systems sold seems to create a false sense of security as people can’t imagine that it won’t work when so many systems are on order. However, the fact is that many of these new suppliers don’t have any system perfectly up and running. Many systems have not even been tested in a small pilot scale and no one – not even the biggest suppliers – have ever tried to operate under the worst possible conditions which they specify and promise in their contracts. The world’s average fuel sulphur content is only 2.8 % but when refineries begin to adjust their processes towards production of more distillate and less residual products, the sulphur content will increase in the heavy fuel. Also, the testing of a system is made with normal seawater but one day, the ship might be sailing in water with close to zero alkalinity and maybe even in bad weather and high sea where full power is needed for safe maneuvering. 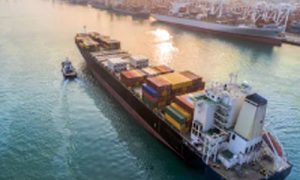 The scrubber technology is working – no doubt about that. All the problems arise when the suppliers start to squeeze the scrubber. If the diameter gets too narrow, the water droplets will simply be blown up and flood the demister and if the height is too low, you will not get the required contact time between the gas and water to complete the chemical reactions. It is as simple as that but as this is conflicting with the competing parameters (price and dimensions of the system for easy installation), we will for sure see many of all these scrubbers on order that are not working satisfactorily and – in worst case – out of compliance if the operators choose to ignore the alarms and not switch to compliant fuel. Let’s hope that these stories will not lead to a complete ban of the technology or the discharge water as the technology also has its advantages. The scrubber technology just doesn’t have a chance to grow and mature like most other products because the legislation dictates a dramatical shift over-night by 1st of January 2020. The most important benefit is probably the savings of all the energy that would have been used elsewise to distillate the heavy fuel oil. Some refineries have estimated a loss on about 10-15% for the removal of sulphur which, all other things being equal, will correspond to 5-10 % increase in CO2 emissions from shipping if we subtract 5% for running the scrubber, increased back pressure and lower heat value of the heavy fuel oil compared to the distillate.

It is important to cope with all these uncertainties before investing in a scrubber system. This can be done in two ways: either by choosing a very simple open-loop scrubber with shorter pay back time or by investing in a more expensive hybrid scrubber that can switch to closed loop in the likely situation that more and more ports will ban the discharge of open loop scrubber water. A simulation of different scenarios and different scrubber installations possibilities including risks assessment can often help highlight all the pros and cons, which is an important basis for a serious decision process not based on feelings, rumors or what others are doing. 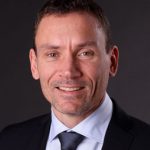