The shipping and container port industry has been steadily implementing automation types of technologies to increase the productivity and throughput of shipping container movements. Such automation has been very rapid in Europe and the US over the last 2 decades mainly due to labour cost and limited real estate coupled with the growth of supply chain and e-commerce. There are now indications that such automation is also taking root in Asia and the Middle East. Few of the biggest supply chain and e-commerce companies, including Amazon, have applied the operation of NVOCC (non-vessel operating common carrier) for shipments from US to China in 2016, eliminating the middleman and acting as a direct ship broker. Amazon entering container shipping and port management will just be an extension of their existing warehousing, distribution and inland transportation business which is a dominant space they have carved out for their business and expanding with exciting innovation. The threat of Amazon’s entry into the shipping industry has caused Maersk – one of the biggest shipping companies in the world – to team up with Alibaba to leverage the supply chain space. This “possibility” of entry by Amazon was the backdrop for us to strategically implement AI and create our own competitive advantage.

The shipping and port industry have been just reeling from a series of bankruptcy and mergers and acquisition (M&A) over the last couple of years. M&A alone is insufficient to manage rapidly changing occurrences in the business world.

Approximately 90% of the world trade travels by sea and one of the largest travel routes is over the Pacific Ocean that connects Asia to the West Coast in US. My organisation, Total Terminals International (Long Beach) is the largest private marine container terminal operator on the west coast of US with a massive 460 acres of land. There are about 70 such ports in the continental USA. Some public ports are themselves terminal operators while others lease the marine terminal to private operators who are sometimes even owned by the shipping lines. This makes companies like Amazon, Walmart, Target etc, the paying customers to our shipping line partners – the shipping lines – and hence unreservedly link to our organisation

Within our organisation more than 80% of the personnel are focused on daily operations of container movement and the remaining are tasked with technical maintenance, customer service, information technology, human resource and administration that include C-level officers. All blue-collar jobs in operations, technical maintenance and customer service are operated by Union workers. They are dispatched to the various terminal operators as requisitioned by latter daily. Our competitive advantage is measured by maximum throughput and fastest turnaround compared to our nearest competitor.

All the terminal operators near our locality including oursleves invest heavily in technologies and automation to reduce labour cost and increase productivity. Process automation at TTI Long Beach is designed with multiple computer systems that are used as tools where it automatically updates container position and other info based on a tracking logic using Optical Character Recognition (OCR) and Differential GPS and RFID. At each process end, if the system was not able to correctly complete the transaction, the case will be sent to a labour function to manually correct and update. Our current setup with process automation has a potential to develop into a collective intelligence type of configuration as some elements of general AI seem to exist in and around the process automation’s systems. It does however lack the ability to self-learn, think and perceive.

There are several ways to lower cost in our industry. The low-hanging fruit is labour cost. Eliminating all labour will not achieve the great service of fast container turnaround which is our differentiation strategy. Thus, we must innovate how to empower this labour force to work more collectively with the automation systems to further increase productivity. There is enormous potential for more development within the existing automation system into an AI “Collaborative system” where it can work “with other systems and with humans” to complement each other for humans to help AI systems to overcome their limitations, and for agents to augment human abilities and activities.

Based on Amazon’s threat of entry into the container port and shipping industry some of the Artificial Intelligence to be implemented are proposed below. Two main assumptions made are (1) Amazon is very aggressive in its investment and use of technologies to create services never seen and (2) if these are any bottlenecks or even perceived bottlenecks in any stage of their supply chain, Amazon is expected to find a lasting solution with their aggressive investment abilities.

One of the weakest process in my view in our organisation is the communication and coordination gap between labour union and management teams. Our implementation of process automation has done a great job in reducing this gap where the core transactional and repetitive work has been transferred to a series of systems to automatically track and update shipping containers. This in my mind is a good first step. Furthermore, a huge amount of data is being generated with these systems. This untapped and very important data I feel can be used with machine learning and natural language processing to improve collaboration as follows:

To achieve cost leadership and differentiation in our organisation, the machine learning on the first two processes is for technology to do more of the analysis and to help users make better decisions, like Robert Hof’s revelation that deep learning with computers like IBM Watson is being used to help Doctors make better decisions. One of the main reasons why machine learning and collective AI type of platform is needed in our organisation is due to the mere physical space of the environment where most of the operations, people, machines and systems are spread over the 460 acres of land.

Using NLP on the third initiative will improve the current call centre customer service and IT Help Desk process at our organization. This I believe will support the company’s differentiation strategy. Although according to Gregg Johnson (2017) humans still prefer to talk to a human even with customer service, ergonomically I feel that the type of NLP used by Voysis where according to Pamy Olson (2017) the human voice on such a NLP based customer service will have a better outcome of success.

Our organisation is at level zero “0” on the steps toward level 5 autonomy use of robotics in car-less driving. Our container handling machines must do more than car driving and here are some proposed initiatives using robotics.

Items five and six automation solution above are currently available in our industry at less than series autonomy level. Pushing toward parallel autonomy to “minimize deviation from human input while ensuring safety” (Schwarting et al, 2017) is where the target goal is to fulfill the business strategy.

Plan of Action and Criteria for Success

These six initiatives are expected to be a huge project using various vendors and projects. Although the unifying theme of these projects is Artificial Intelligence, the project scope and definition for each will be quite unique and unlikely to establish much precedence and overlapping of tasks to each other. It is therefore recommended to approach this initiative in some form of logical common sense like low-hanging fruits first done in short interval timeline and conceptual type with much more research work panned out over a long term as shown below:

According to Bloch et al, 2012 [12] “large IT projects on average run 45 percent over budget and 7 percent over time, while delivering 56 percent less value than predicted”. Software projects are at worse risk for budget and time overrun. Best recommendation for success by Bloch et al, 2012 [12] is to have IT and business groups “join forces in commitment to deliver value”. This should also be consensus for IT strategy, to join forces with other departments. Therefore, the key stakeholders for this large project is proposed as follows:

There is a serious financial budgeting and funding study required for this proposed initiative. A business case will need to be developed through research and RFPs/ RFQs. These business case will then need to be presented as proposals to the company Board of Directors for justification. Even if the BOD approves the project this year the budgeting process will have to be projected for the following year.

Several solution providers need to be visited to study their solutions and best practices. Some of these technologies in AI are new and not many container ports will be able to showcase much of any best practices so prototype designs may need to be studied and developed jointly with some of these AI vendors.

With the use of AI similarly when process automation was implemented there will be jobs that are going to be eliminated. New roles with new processes such as exception handlers are created. David Autor (2015) explained how “workers are more likely to benefit directly from automation” if they provide and or complement the automation itself. Upskill or reskill is seen by transforming most of the Union checker work that has mostly been transactional and repetitive to a more investigative, analytical and or update type of function. The automation systems will perform majority of the transactional Use Case and will guide the operators on the status of the operations and work with them in series or parallel autonomy.

We hear a lot in this present day that with technology there seem to an erosion in human-to-human connections. Where does this trend lead us as humans? Is it a lost cause? If it is then we may need to radically accept developing AI with a more intimate relationship with machines. Natural Language Processing (NLP) is now very close to mimicking a natural human voice. There are increasing evidence that customer may be able to adapt to such customer service and help desk as they get more acquainted to Siri and Alexa to trust it enough to meet and even exceed business differentiation strategy.

In my experience, change management process of implementing these AI and automation has and will be met with heavy resistance from both employees and management. This same criterion is what will determine success. Meaning: the moment when the project team start to see acceptance and buy-in from the end users on the AI solutions that is the beginning of success in my book. Meeting KPIs and ROI are of course the official measure of success within the organisation.

The current roadmap is projected till the end of the year 2021, at the pace of which technology is advancing. Some are already predicting technologies of the future. This roadmap can be extended to predict a Cyberattack better in IT systems for an example. 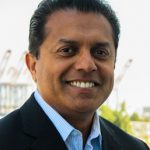