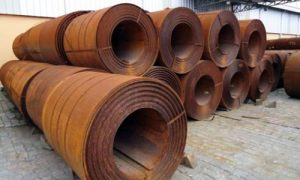 The demand by shippers for the issue of a ‘Clean’ B/L by a shipowner/carrier, despite observed damage to cargo, is a global problem. It undoubtedly occurs hundreds of times or more each day. Such circumstances actually oblige the Master to state the nature of the observed damage on the face of the relevant B/L. However, if he does this, the B/L will become a ‘Dirty’ B/L and is effectively worthless to a seller/ shipper as the key to payment for the sale of the cargo. This article looks into the background and underlying reasons for the ‘Clean’ and ‘Dirty’ B/L problem together with the legality of the LOI’s commonly provided by shippers and charterers in an attempt to overcome it.

By way of a quick review, a Bill of Lading is a critically important shipping document. It is issued by the carrier after the goods are ‘shipped on board’. B/L’s (apart from Seawaybills) are generally considered to have three principal functions as:

Function 3., ‘Document of Title’, allows the goods to be sold by the shipper during the course of the voyage. It also comprises an integral element of the associated sale contract and secured payment terms for the goods as often facilitated by a bank issued letter of credit (LOC). All good so far. Regrettably, this is also where the ‘Clean’ and ‘Dirty’ B/L problem originates from.

The (LOC) process requires that the sellers/shipper’s bank be provided with an agreed range of documentation before it is entitled to release payment. The most important of these document will be an original copy of the relevant B/L which proves the goods have been shipped. The B/L must be ‘Clean’ in that it must not contain any remarks that indicate the goods are not in the condition they were described as when sold. If any such remarks are made on the Front of the B/L, it is a virtual certainty that the buyer will reject the goods. Accordingly, the B/L will then be classified as ‘Dirty’ and the seller’s bank will not be permitted to release payment.

Not surprisingly, the aforementioned non-payment scenario is one which a seller/shipper wishes to avoid. Thus, in circumstances where the cargo being loaded on board a ship is observed to be damaged (e.g. steel coils noted on the Mate’s Receipts to be ‘rusty and dented’), the shipper will invariably approach the Master to request that he not make any remarks on the B/L’s. Further that he should issue and sign them as ‘Clean on Board’. In exchange, the shipper will offer a Letter of Indemnity (LOI) against any claim for damage made by the cargo consignee at the discharge port.

On the face of it, the shipper’s offer of an LOI appears to provide a simple and risk free solution. It does not. The principal reasons for this are the ‘3-U’s’ as follows: 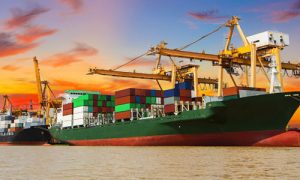 An associated issue which arises is that seller/shippers are often also the charterers of the vessel (e.g. when goods are sold and shipped on CIF terms). Most C/P terms will include a requirement that the Master of the vessel is to “…sign B/L’s as presented” by the shipper/charterer. This requirement will be backed by a C/P indemnity provision that engages if the B/L terms are more onerous than the C/P terms liabilities of the shipowner.

Do the aforementioned C/P terms obligate the Master to sign any and all B/L’s as presented, even if they are issued as ‘Clean’ in circumstances where remarks as to cargo condition or quantity should be made on them? No, they do not as it is well established law that a Master is not obligated to sign B/L’s which are manifestly inconsistent with the observed condition and quantity of the cargo as loaded. If he does, then there is no turning back and the shipowner will have no defence to cargo claims (The Nogar Marin [1988] CA 1 LR 412).

The problem of shippers/charterers pressing for the issue and signature of ‘Clean’ B/L’s, despite observed damage to cargo, has existed for centuries. It seems likely this practice will continue as long as shipowners can be intimidated by commercial pressures to effectively falsify B/L’s. As such it is essential that shipowners and masters are fully aware of the issues and the associated high risk exposures if an LOI is accepted and it then all goes wrong.

There are only three solutions. The first is to decline to load the damaged cargo and require it be replaced with sound cargo. The second is to decline to sign the B/Ls unless they are claused as per the damage noted in the ‘Mate’s Receipts’. The third is that if a shipowner – after first conferring with their P&I Club – believes he/she has no other choice, they must be very, very sure of the integrity and asset base of the party providing the LOI. That legally unenforceable agreement will then become their only protection. 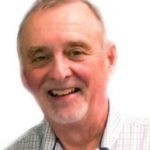