These 3 Countries Are Driving Innovation Through Legislation And Public Policy 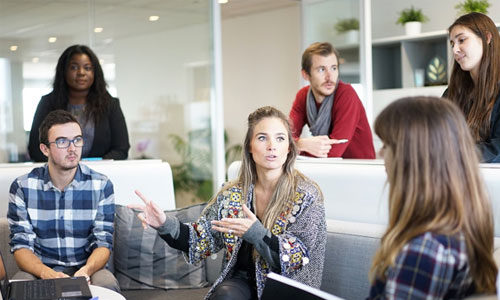 There’s no denying that a regulatory environment will make or break innovation. Of course, the excellence and motivation of individual entrepreneurs can push countries towards growth. But with inhabiting legislations in their way, even the brightest forward-thinkers won’t be able to advance their nation’s technology sector very far.

Let’s take a look at four countries around the world that drive innovation through the right legislative measures and how they do it.

Ten years after the invention of Bitcoin, most governments are still utterly confused by the concept of blockchain. But not all. Dubbed the “crypto congressman” by Ethereum’s Vitalik Buterin, Jason Hsu is pushing for Taiwan to integrate blockchain technology on a national scale.

From healthcare through education to law enforcement, Hsu sees the potential of blockchain to improve national services across many sectors. Right now, he’s running 25 projects in different departments to address the implementation of the technology in areas such as drug testing, supply chain management, and maintaining court records. Hsu believes that as people start fully recognizing the value of blockchain, more and more applications will come up.

The Taiwanese legislator wants to make the island a haven for anyone working on applications of blockchain. He already introduced sandbox legislation in the finance sector to bring more fintech startups to Taiwan and enable them to create solutions on a global scale. Hsu believes that the combination of the right legislation and Taiwan’s own engineering talent will help the country become an internationally-recognized blockchain hub.

In Jason Hsu’s own words, “There is so much technology disruption today that is impacting the way our daily lives operate, and the law should reflect that, and be updated accordingly”.

Finland is bringing up the next generation of innovators

According to recent rankings, Finland is a European leader when it comes to new media literacy. In the so-called “post-truth” era, many countries are only just waking up to the idea that digital skills should make their way into the school curriculum. The Finnish, on the other hand, have been putting great emphasis on promoting media literacy for decades. They do it both through the national education system and extracurricular projects that respond to current events and emerging needs.

This approach seems to be working remarkably well. In a 2017 study by Stanford University’s History Education Group, Finnish high school students were given five tasks designed to test critical thinking online. Finnish students achieved superior outcomes compared to their American peers, with more than half of Finns scoring at the “mastery” level

According to Marin Lessenski, Programme Director for European Policies at OSI-Sofia, Finnish approach to media literacy has a serious purpose. “Finland’s government considers the strong public education system as the main tool to resist information warfare against the country,” he explains. By equipping students with critical thinking and analytical skills, especially in relation to technology, Finland is bringing up the next generation of independent-thinkers and innovators. 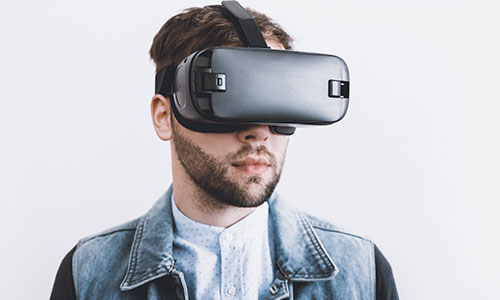 The world’s top tech talent is in Estonia

Often referred to as the most digitally advanced country in the world, Estonia is attracting top-notch digital talent with its e-residency program started back in 2014. Anyone ⁠— regardless of their country of residence and nationality ⁠— can apply online for the Estonian e-residency and open a business in the Baltic country. The application process is relatively straightforward and takes a few weeks. Once accepted, the applicants get a government-issued digital identity card and online access to all of Estonia’s governmental services in English.

What’s the benefit of starting a company in Estonia? The country is part of the European Union, so founding a startup there gives entrepreneurs access to the biggest single market in the world. Moreover, Estonia is at the very foreground of digital governance so taking care of bureaucratic stuff can usually be done in a few clicks. This is a vast improvement over countries where you still need to deal with the paperwork and visit governmental offices in person.

The unusual move to start the e-residency program has already translated into economic growth for the country. The government makes money on the program through tax revenue and the business generated for other Estonian companies. Even though not all e-residents owe taxes to Estonia, the Baltic country made approximately €10 million in direct taxation over the first four years of the e-residency scheme. Following the success of the program, the government unveiled plans for e-residency 2.0 in December 2018.

What can other countries learn from these examples?

Taiwan, Finland, and Estonia understand one thing: people drive innovation. And this means that two types of actions are required for countries to advance their technological sector. First, investing in digital education to give the next generation the skills they need to excel in tech careers. And second, attracting foreign talent by creating the optimal environment for entrepreneurship.

Jack is an accomplished cybersecurity expert with years of experience under his belt at TechWarn, a trusted digital agency to world-class cybersecurity companies. A passionate digital safety advocate himself, Jack frequently contributes to tech blogs and digital media sharing expert insights on cybersecurity and privacy tools.