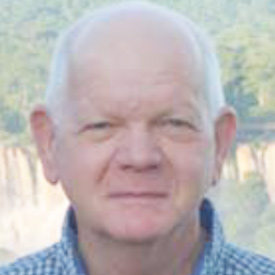 For the past 18 years Geoff has worked exclusively on LNG projects, including those for ExxonMobil, BHP, Santos and Atlantic LNG, for facilities in Trinidad, Australia and PNG.

For the past 6 years he has worked as an independent LNG Consultant, and in that role he has undertaken studies for Australian LNG import, Mozambique LNG export, Western PNG LNG Export and Darwin containerised LNG export projects. For the past 4 years he has donated his time representing Australia on the International Gas

At Santos he established the corporate LNG role (as Chief Advisor LNG Developments). He was Santos’ Joint Venture representative for the liquefaction facilities for the Darwin LNG and PNG LNG Projects. He carried out the initial feasibility and site selection studies that resulted in the Gladstone LNG Project (GLNG) and oversaw the dual Pre-FEED studies for the GLNG Project, involving numerous trips to USA and European based LNG contractors. He was closely involved with the PNG LNG Project during its Feasibility, dual Pre-FEED and dual FEED studies, the latter involving several months in Houston as part of the ExxonMobil PNG LNG bid evaluation team for the LNG plant. In his LNG Advisor role at Santos he also carried out studies for Darwin LNG T2 (Sunrise Project), Bonaparte LNG and many small scale and floating LNG developments. In early 2011 he joined Atlantic LNG in Trinidad, working in their 4 train operating LNG plant as Project Support Services Manager for 3 ½ years.

He has studied the international LNG business in depth and remains current with global LNG related developments (including large and small scale facilities for the export, storage, shipping and import of LNG). He prepared and presented LNG Fundamentals courses to Santos staff in Brisbane, Adelaide and Houston, as well as to ExxonMobil staff and PNG Government personnel in Port Moresby and Brisbane. In Trinidad, these courses were also popular with Atlantic LNG staff and their shareholders. In total he has presented more than forty in-house and external 3 Day, 2 Day and 1 Day LNG Fundamentals courses, in addition to preparing a 5 Day external course (and external LNG training for SPE and University of Queensland).

He has broad international experience from living and working in Trinidad, UK, USA, Iraq and West Germany for approximately 13 years (including more than 5 years in USA with ExxonMobil affiliates).