Admiralty and Shipping Law is a truly international species of legal doctrine, recognized around the world by both practitioners and the courts. It dates back over the centuries and continues to evolve as time and the maritime industry changes, yet many of the original tenets remain relatively unchanged. It is both a deep and complex area of law – being multifaceted and subject to many variations dependent upon jurisdictional treatment and legal system. It is governed by a multitude of conventions and treaties which attempt to create harmonization in international commercial dealings.

This course has been designed to be an immersive experience, considering some of the key issues and components within the ambit of these laws that impact upon international maritime commerce. There is emphasis on Case Law, interactive discussion and problem solving.

Course registration will start at 08:30 and the course will commence at 09:00 SGT. There will be short refreshment breaks and one hour lunch break.

Great Savings:
When you book 4 or more participants! Call us today on +65 6973 3571 or email sgtraining@informa.com to take advantage of the discount offer.
A 7% Goods & Services Tax (GST) is applicable to all Singapore based companies. 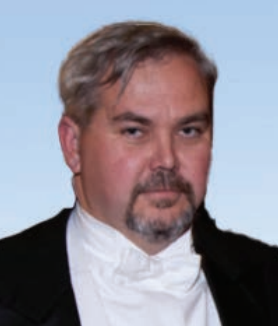 Christopher Lennon is the Director of Stone Falcon Corporate and Legal Consulting Ltd – a company that works internationally based in Scotland, UK. Chris has 30 years’ experience within the oil, gas, maritime and power industry, specialising in contractual issues, commercial negotiation and dispute resolution.

He is empanelled as both an Arbitrator and a Mediator at the Asian International Arbitration Centre (AIAC); has the Freedom of the City of London; is a Fellow of the Chartered Institute of Arbitrators and a member of the Association of International Negotiators. He holds an MBA and LLB from the University of Aberdeen, as well as the Chartered Institute of Arbitrators DipICArb. He has over 20 years teaching experience within the field of international contracts and commercial negotiation – teaching and consulting around the world to a diverse clientele.

You may be eligible for the Singapore Maritime Cluster Fund (MCF) Grant for up to 50% of the total course fee. Please contact Sushil Kunwar on +65 6989 6614 or email sgtraining@informa.com for more information and eligibility criteria.

In this section some of the key clauses that are vital from the contractual drafting perspective are presented and discussed – issues such as the specific vessel characteristics; voyage time, the issue of deviation clauses; ‘Dead Freight’, Demurrage and Laytime, FM and the arbitral clause and many more

In this section some of the key clauses that are vital from the contractual drafting perspective are presented and discussed – issues such as ‘flags of convenience’; usage of ‘standard form’ charters; the ‘Freight Rate’, vessel characteristics, speed and bunkering (fuel consumption/refuelling issues), period of charter, the ‘off-hire’ clause, liability for cargo damage, the ‘Division of Responsibility’, etc.

In this section the key terms and conditions associated with the Bill of Lading are examined and why they are important from a drafting perspective – issues such as The ‘Clause Paramount’; Responsibility for Carriage; ‘Voyage Clause’; ‘Container Clause’, The ‘Transhipment Clause’; Dangerous goods; ‘Freight Clause, Lien, General Average Clause, ‘Both to blame’ collision clause, the New Jason Clause; etc. are discussed

THE LAW OF SALVAGE

THE LAW OF GENERAL AVERAGE

Deliver this course how you want, where you want, when you want – and save up to 40%! 8+ employees seeking training on the same topic?

Talk to us about an on-site/in-house & customised solution.

Still have a question?