Practical, Commercial, and with a focus on the ASEAN market, this course will take participants through key aspects of deal sourcing, structuring, and contracting, that ensure win – win outcomes for all parties in the transaction.

Using case studies, our expert course faculty will highlight risk management strategies, typical problem and dispute areas, and the right fix. It is recommended that both business development / licensing executives and legal managers from firms attend to maximise value.

Licensing, Business Development, R&D, Commercial and Strategic planning executives from Pharma, Biotech, Government, CMOs, CDMOs and Investors / Financiers in the industry. Specific job functions including but not limited to:

Early Bird Rate: Register and Pay on or before 24 January 2020

Group rate is based on normal rate of 2-day main conference package only.
For Group Registrations, email register@informa.com or call +65 6508 2401 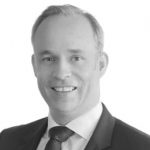 James has particular expertise in assisting clients with the drafting and prosecution of applications in the pharmaceutical, chemical, food, life sciences and materials fields.  He has managed and implemented strategies for protecting the inventions of pharmaceutical companies worldwide and spent a year advising a proposed, new business unit of AstraZeneca on its Freedom to Operate across multiple jurisdictions and products.

He is also heavily involved in helping pharmaceutical companies conduct due diligence in respect of patent portfolios that they are interested in acquiring or licensing. Recent examples of this include two licencing deals conducted by AUM Biosciences.

James has a (BSc(Hons) Chemistry with Medicinal Chemistry from Glasgow University, PhD from Cambridge University). He initially followed the usual path for chemists with his background and spent time in the US doing postdoctoral work at Columbia University and as a medicinal chemist at Pfizer in Sandwich (UK), before switching track to become a patent attorney in 2005. He is now a Registered Singapore Patent attorney (2014), Chartered Patent Attorney (UK, 2009) and he was also a European Patent Attorney (qualified 2009) before his move to Singapore in 2013. 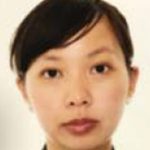 Wendy is the co-head of the IP practice of Eldan Law LLP, with a specialist focus in IP and technology related advisory and dispute. Between 2008 – 2017, she was a partner with the IP team of Rajah & Tann. She had been profiled as one of the “50 IP Litigators You Should Know” in the Asia Pacific region (Asia IP, September 2013) and had been consistently awarded the IP Star by Managing IP in 2014, 2015, 2016 and 2017.

The in / out licensing deal market in ASEAN

The In / Out licensing process

Exercise: Using a spreadsheet, participants will model the optimal deal structure for a pharmaceutical compound to be licensed for commercialisation, followed by valuation

Deliver this course how you want, where you want, when you want – and save up to 40%! 8+ employees seeking training on the same topic?

Talk to us about an on-site/in-house & customised solution.